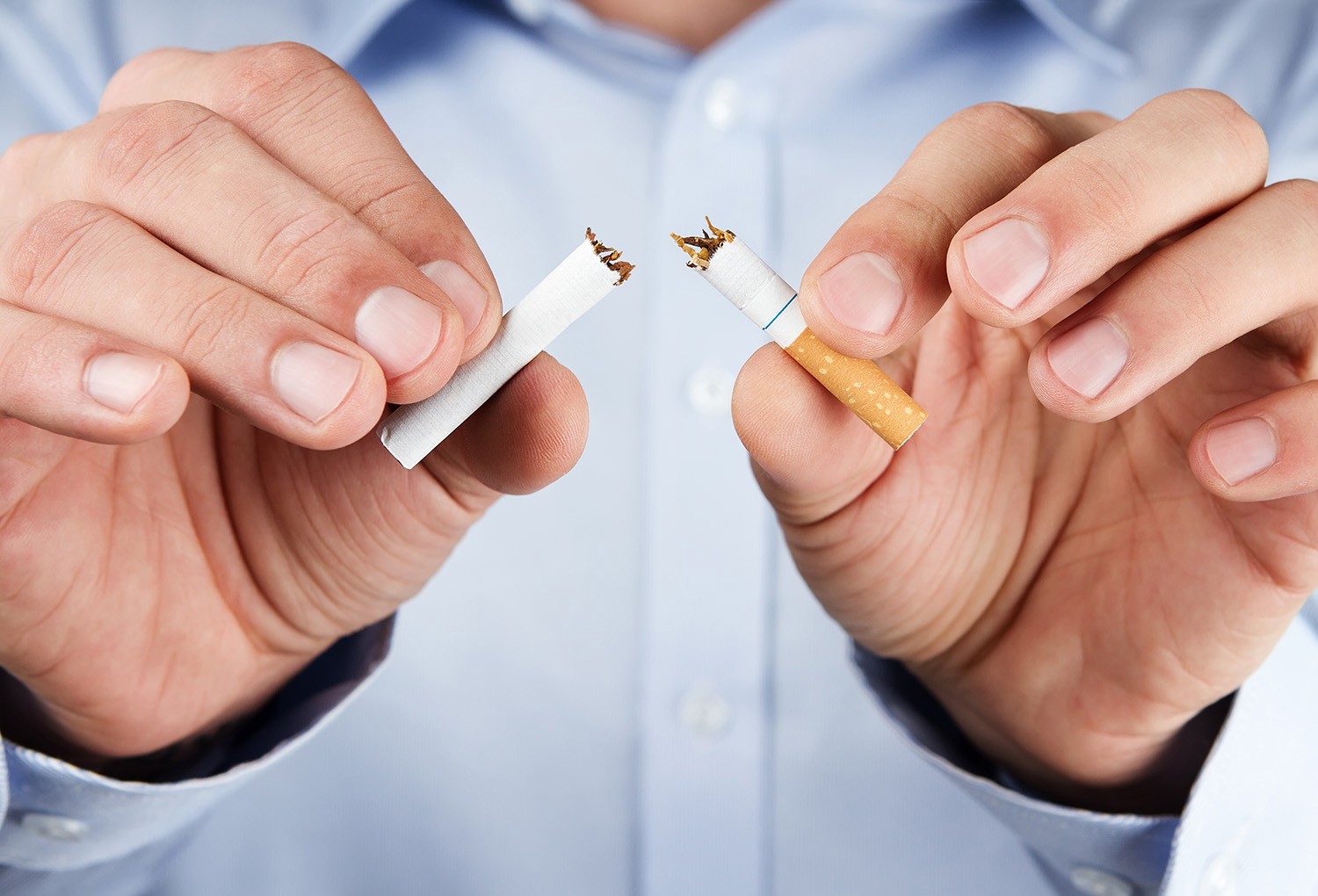 Many smokers want to stop smoking, but find it extremely difficult, if not impossible, to do so because smoking is a subconscious habit. When a smoker has their first ever cigarette, it's unlikely they find it enjoyable, but they carry on practising until they become very proficient.

Once you become a regular smoker, eventually you no longer smoke at a conscious level. It becomes a subconscious action, which means that, by definition, the conscious mind is no longer in control. Your conscious mind can try as hard as it likes to stop smoking, but the sunconscious will carry on the habit because that's what it's been programmed to do.

It's important to stress that you have to want to give up smoking for the therapy to work, rather than just thinking that perhaps you should give up. If you aren't committed, then the hypnotherapy is much less likely to work. Our Stop Smoking therapy is extremely effective, but it's not magic. However, if you genuinely want to give up smoking, you will greatly increase your chances of success.

How does it work?

This prevents you from seeking to fill the void created by stopping smoking with another vice, such as overeating. It also means that the continued cravings for cigarettes that are suffered by many ex-smokers can be avoided, as well as other symptoms, such as increased irritability.

What People Say About Us

⭐⭐⭐⭐⭐ Paul was extremely professional and made me feel comfortable during my sessions. He helped me cope with anxiety and stress during my exam periods. I would thoroughly recommend to

⭐⭐⭐⭐⭐ I attended my first hypnotherapy session with Paul in April 2018. I wanted to address issues of being over weight. I was well over 12 stone and heading for

⭐⭐⭐⭐⭐ I contacted Paul at Horizon Hypnotherapy by email last week as I was suffering from severe Anxiety prior to my driving test. Paul offered me an initial consultation and

⭐⭐⭐⭐⭐ My 14 year old son had a severe phobia of needles following a traumatic time at the hospital. Although my son was very doubtful that hypnotherapy would help we

⭐⭐⭐⭐⭐ I visited Paul at Horizon Hypnotherapy to help with panic attacks. I had 3 sessions and I now feel as though I am a much calmer, confident and over

⭐⭐⭐⭐⭐ I visited Paul at Horizon Hypnotherapy over the space of three weeks to help with anxiety, worry and raised blood pressure. Paul was friendly, listened to my concerns and

⭐⭐⭐⭐⭐ I visited Paul with what I thought was an impossible phobia to work with - emetophobia. Nonetheless it was becoming so restrictive in my life I needed to try